Home » What’s New » What Do Your Eyes Reveal About You? 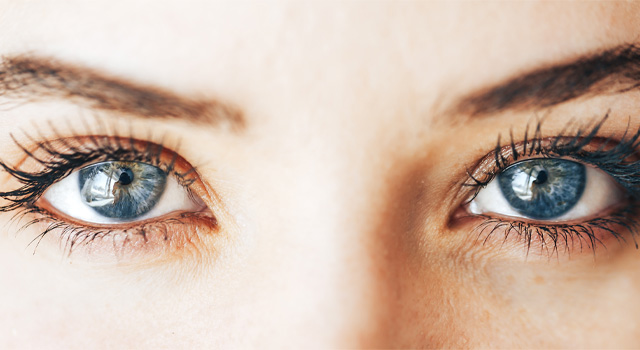 An individual's eyes can reveal a lot about them, including their mood, feelings, and even emotions. By simply looking at them, eyes can convey a warm, bright, and inviting vibe as well as a cold and repellent one – they are the window to a person’s soul.

The Iris: What is it?

The iris is the part of the eye that produces color, and is the first thing most people draw to. It is a thin, circular piece of tissue, responsible for controlling the diameter and size of the pupil. It works much like a camera’s aperture, regulating light levels and helping us focus. The color of the iris varies from person to person and is one of the traits that are responsible for giving us our individual appearance. In ancient times, a prediction of an individual’s destiny was based on the unique characteristics of their iris.

As early as the 1950s, scientists and health professionals suggested that the characteristics of the iris could be used for identification purposes. However, it wasn’t until much later that a system to recognize and catalog these identification points was developed. It is undeniable that our fingerprints are one-of-a-kind, but the uniqueness of the iris is far greater in comparison. The iris contains approximately 250 different characteristics that determine a person's identity, which is five times more than a fingerprint!

The iris identification error rate is about one in a million – even less when you correlate it with other biometric scanning like fingerprinting or facial recognition. Because of the tiny elevations and depressions in the iris, false negatives are about 10 times less common in iris scanning than in facial recognition.

Even identical twins, with the same DNA, do not have the same iris characteristics or the same fingerprints!

Eye color is determined by the amount of melanin, or pigment, in the iris tissue. More melanin means darker eyes and less melanin means lighter eyes. A green iris, for example, has blue and some yellow while a brown iris contains mostly brown. Brown eyes have the most melanin, green eyes less, and blue eyes have none. Listed below are some interesting facts about eye color:

Ask us to photograph your iris at your next eye exam! Under magnification and bright light, your iris color may surprise you. Call our Professional Vision team and schedule with us today!